END_OF_DOCUMENT_TOKEN_TO_BE_REPLACED

Like many teenagers in the UK 40+ years ago, my non-school culture was basically two things: the music weeklies and strikes. One time my late colleague Steven Wells was reviewing a biography of Richard Branson for NME (Mick Brown’s I assume, published in 1988). “The 70s were a bad time for strikes,” said the book. No! wrote Swellsy, angrily and hilariously, the 70s were a BRILLIANT time for strikes. Management wrong, workers right, the side without resources flexing its collective muscle, the three-day week, no electricity for days on end, no one clears away the rubbish or even the dead… sorry, but for any distrustful, easily distracted young person this was all just great, as well as perfectly and morally correct. The grinding stand-in-the-cold-street banner-waving fact of a strike, the sense of a community re-inventing itself, plus no weekly routine you could entirely rely on. The quotidian could turn topsy-turvy any day now — the world is not what you think it is, in the blink of an eye we can remake it what we will of it.

END_OF_DOCUMENT_TOKEN_TO_BE_REPLACED

Being a melancholy appreciation on his passing of this nation’s pioneering reggae writer: the great PENNY REEL

It was October 1978, and the NME interview-feature was titled ‘The Keith Hudson Affair: A Dread Tale’. It was written by Penny Reel, it was about this same singer-producer, Keith Hudson — who had of course worked with Ken Boothe, John Holt, Delroy Wilson and King Tubby’s toaster-DJ U-Roy, as well as Big Youth — and it launched into itself as follows:

“ONE NIGHT I AM standing outside the Jamaican pattie shop in Portobello Road partaking of the same when a car pulls up on the street and from it emerge certain characters from Kilburn by the name of Militant Barrington, Tapper Zukie and Jah Lacey, which is by no means an unusual combination to see, as these are very intimate idren and frequently keep each other’s company, except that now there is a fourth person with them in the rear approach, one known as King Saul.

END_OF_DOCUMENT_TOKEN_TO_BE_REPLACED

A week or three back, my old ilxor pal Kerr put up a list of jazz genres on FB and asked his followers who could define them. And bcz we’re dicks, we gave him a dusty answer (mine, in full, was “I can!”). We played mean games; we suggested he google. And so he did — fair play — and of course the joke was on us, bcz the results (wikipedia!) were terrible, full of error and sententious assumption. Some true claims — especially in the endless lists — mixed in with much confused nonsense and (wikipedia!) inapposite citation.

My dusty answer wasn’t just about being a dick: Kerr’s question had landed right on top of something that’s bothered me for decades. Which is why people often write so badly about jazz — including people who know a lot about it (a lot more than me anyway). They can get the facts right — the chords, the analysis — but then miss the point. They write well about the players’ lives and character, and about the feel. But when they write about what the musicians actually think they’re doing, and think about what they’re doing, it all goes cock-eyed and dull — as if being fully conversant with musical technique and terminology acts as some kind of huge mental block.

END_OF_DOCUMENT_TOKEN_TO_BE_REPLACED

But all the same I’m going to say, no, there are many many MANY worse reviews, and here’s why.

END_OF_DOCUMENT_TOKEN_TO_BE_REPLACED

Putting together a collective history for a project like this, of something you were at one time near the heart of, inevitably ends up being a series of missed opportunities. Roy Carr, late of NME, died at the weekend [edit: this was first posted elsewhere last year], aged only 73 — and I’m sad because I knew him for a while and he was a nice man, always friendly and funny and just boundlessly enthusiastic. He ’s emblematic to me of a time I have complicated feelings and personal regrets about, and now I find myself wishing I hadn’t taken his talents and his presence for granted when I worked alongside him. Even in the 80s he was an institution: I should have grabbed my chance and sat him down and got some stories out of him. Everyone in journalism has stories of course, but he had a thousand, going right back into the early 60s, and they were generally hilarious and scurrilous and some of them could never be told publicly.

END_OF_DOCUMENT_TOKEN_TO_BE_REPLACED

… but already it was impossible to say which was which (or sometimes you get what you pray for — and it isn’t really quite what you wanted: the MICK FARREN story)

Hazel asked me in podcast 3 (the punk one) to name two pieces of punk writing that had had an impact on me as I first began to buy and read the music papers, so naturally I plumped for two pieces that ran somewhat before that (meaning, I suppose, that though I wasn’t thinking of this as I named them, that the impact was as large as it was despite being indirect). One was Tony Parsons’ ‘Thinking Man’s Yobs’ NME cover story on The Clash from March 1977, a key marker in punk’s evolution: from here on, the music mattered because it was political, the voice of unschooled dole-queue youth — or at least you had to push back hard if you wanted to read it another way) [Footnote 1]. The second is from nine months early, same paper, June 1976: Mick Farren’s polemic ‘The Titanic Sails at Dawn’.

END_OF_DOCUMENT_TOKEN_TO_BE_REPLACED

DISCLAIMER: some of them are FALSE

A fun thing about the podcast is the way Hazel’s questions rattle away inside my most ancient, unexamined opinions — things I think that I no longer quite remember starting to think. When I pop-quizzed her on the groups that played in the 100 Club Festival, 20-21 September 1976, I wasn’t surprised she’d heard of almost all of them: it was a tiny two-day event more than a decade before she was born, but (a) she is knowledgable and full of curiosity and obsessed with music past and present, and (b) it was the founding event for “rock at the end of rock”, when you were required, as an index of your commitment to the necessity of the splintering, to take implacable sides within your own splinter. To this Shropshire-based punk noob — I didn’t move to London for another six years, I hadn’t yet started reading the music weeklies — the festival mapped what punk had been in its first (some say only) year, and what it was going to have to become as it expanded and divided and dissolved. Above all, it’s the moment of division, forming lines that can just about still be traced, if you look carefully in the right places.

END_OF_DOCUMENT_TOKEN_TO_BE_REPLACED

[This post originally went up at my PATREON: subscribers get to read posts and hear podcasts early — and help offset costs and time and help me do more of this kind of thing] “The blues are beautiful because it’s simpler and because it’s real. It’s not perverted or thought about: It’s not a concept, it is a chair; not a design for a chair but the first chair. The chair is for sitting on, not for looking at or being appreciated. You sit on that music.” (John Lennon to Jann Wenner, 21 January 1971) 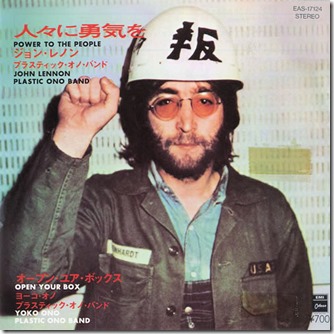 When Jack Hutton quit Melody Maker in 1970, to set up what became Sounds, he told Richard Williams, who stayed behind, that it would be a “left-wing Melody Maker”. Hutton’s no longer with us, so I suppose if I get the chance I’ll have to ask Williams one day what exactly was meant by “left-wing” here. My guess — based on what Sounds actually turned out like — is that Hutton meant the new paper would be centred on rock. Even though both papers covered rock and pop and everything else, MM’s moral centre was arguably still jazz at that point. Even though the jazz fan-base always had a left-wing in the UK, with old-school communists solid among its supporters and chroniclers, it was a music (or so many seemed to feel) whose time was past. Rock was new and rock was now, the very voice of youth — but beyond this, rock had had, for a while by then, a tangled relationship with politics, radical left politics in particular. END_OF_DOCUMENT_TOKEN_TO_BE_REPLACED