Three things I wrote recently (a catalogue essay and two reviews). Silence is an Irish film, about sound and memory (and between the lines a reflection on the work of John Cage). Michael and Cornelius Cardew, father and son, were a potter and a composer respectively: this (PDF: scroll to p.5) was for the catalogue to the Crafts Council’s Sound Matters exhibition. 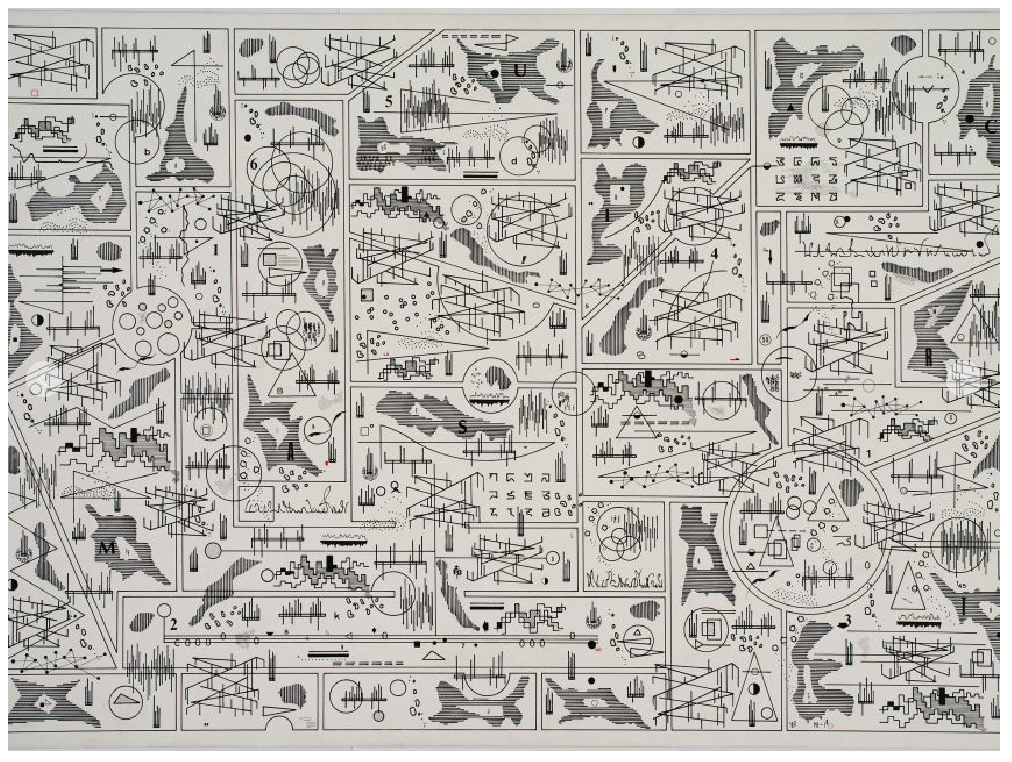 And this is the teaser for the piece I wrote about post-war electronic music in Eastern Europe, though you’ll have to buy issue 86 of Eye magazine to read the whole thing. All three pieces somewhat hover round the tradition of the graphic score (pictured: Boguslaw Schaeffer’s PR I VIII), which has been all over the place recently: if I were a better journalist, I’d have got in early on this little flurry of trendiness, and then maybe some of the discussion would have been better also haha.

I was also Bob Stanley‘s editorial consultant for Yeah Yeah Yeah, which I loved working on and heartily recommend, even if I seem to have failed to convince him that Def Leppard are tremendous.