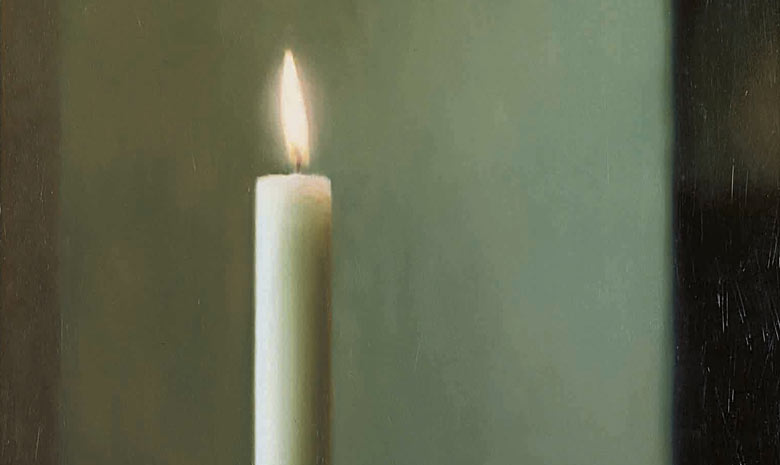 Over at Popular, Tom’s reached 1997 and Elton and Lady Di — his essay is of course excellent, and so are many of the (currently) 120+responses, especially Phil Sandifer’s, which is all about Blake and a haunted political unconcious. I’ve been superbusy all week, so my (very late, very long) comment is way down the pack; so I’m reposting it here also.

I don’t at all buy that strong emotional response to the death of someone you didn’t personally know is *necessarily* fake or silly. To jump sideways into it, here’s something I wrote on another website when the mass social-media lament for the death of Steve Jobs was being discussed, similarly scornfully:

“My mum wept when Willie Rushton died. She never remotely knew him, except as a face on telly or a voice on radio she enjoyed; he was a few years younger than her, a celebrity of a fairly niche type — and his death hit home.

“I was puzzled at the time, as I found him vaguely annoying, but afterwards it seemed pretty obvious she was weeping — as much as anything — for her own youth; for the bright cast of a particular hoped-for world she’d envisioned when young, and this was as much as anything a lament for the way things hadn’t turned out the way she imagined, for her and for the world. Rushton — in some small, almost private way — was bound up in this (memories of she and my dad when first married, bright semi-innocent young things reading Private Eye in its very early day and caught up in the early 60s notion that things were moving on away from the dreary stifling past, opening up, changing… something like this).

“Seems to me the Apple story can easily be fitted into a similar narrative, on a larger scale: a widely shared naive utopianism that felt like the air you were breathing at a particular time — and now, with the death of someone apparently central to it, you suddenly face not only your own mortality (that happens with any death), but also the sense of the foolishness of the optimism with which you set out on your current journey long ago; the degree to which, yes, you’ve wised up since (you’ve had to) and you recognise how much more flawed and perhaps even empty were the things you once invested so much in than you saw at the time; and above all you see the contrast with where you’ve ended up; where — if you have this kind of empathy — we’ve all ended up, given how abrupt the recent economic pull-up will have been, for many. Obviously there’s a lot more actually being mourned than simply this guy; it’s a public outlet for endless private griefs — hence its inchoate, oversimplified intensity — but also I think for a kind of vague youthful solidarity of outlook and temperament and hope; a recognition that it’s gone, and that it was maybe never worth as much as you hoped, and that nevertheless you preferred yourself when caught up in its fevers and deliriums than yourself today.”

I was awake and watching the story of Diana’s death unfold in real time on TV in the early hours of that sunday: a friend had called to let me know, and we stayed on the phone as we watched, wrapped in blankets and talking it through. She had been awakened by an acquaintance who slept with the telly blaring (an acquaintance who had something of an annoying and obsessive crush on my friend; rather than stay talking to her, or sitting through it alone, she’d thought “Mark is a journalist, he needs to know…”). This meant I knew very early, and then missed most of the daylight sunday you’ve all described (I went back to bed and slept in). It also meant that the news was marked with dreamstate oddity and even unreality for me — and nothing about it afterwards surprised me. I was in Amsterdam on holidaythe rest of the week, away from even Dutch TV; Dutch newspaper billboards were the closest I came to enduring blanket coverage, and actually it was far from blanket, just a few screamer posts on kiosks, and headlines on magazine covers on shop counters.

Two people I knew well were really upset — I was already in the process of terminally falling out with one (for unrelated reasons) and never got to quiz her on it. The other is someone who’s unusually self-aware and self-critical: when I interrogated her, she was straightforward: “It’s not really about Diana, Mark, really I think I’m mourning myself.” (Actually this is probably where the insight for the Rushton quote comes from, if insight it is.) I’m hesitant to generalise about the two of them — quite apart from anything else, they disliked each other intensely — but I suspect a complicated and fraught sense of who they were in relationship to their own families and backgrounds is part of the story; there was a lot of anger there. If Di’s luck in the early 80s had been the very opposite of meritocracy, this too might have its attractions: after all, happiness of all things shouldn’t actually be something you have to EARN, via superior mind or talent. Everyone deserves it; this I take to be a root for some of the vague shared idealism apparently torrented onto her, however contorted the connection seems. It surely can’t be very surprising that a family relentlessly presented to us as a social and political symbol of cohesion and continuity gets a fvckton of private symbol projected onto it — and that apparent rifts in that unity and continuity take on intensely personal meaning.

Nor are such vast events at all a new thing. I’m old enough to remember my dad travelling to London in 1965 to be part of the (vast) crowd for Winston Churchill’s funeral. I watched it on (black and white) TV and painted a picture of it — all dark brown smeary colours as I recall (I was five). Typically — this very much fit in with family lore — Dad had arrived in London only to realise he had flu; so he spent the day itself feeling sorry for himself in bed at my grandparents’ house. Thirty-odd years before that they had taken him out to view the parades for the coronation of Edward VIII — oddly enough, since I’m pretty sure they were both still in the communist party at that point — and he had spent the entire time squatted on the ground putting gravel into his cap, and missed the horse and the carriages and everything (he was five).

But more to the point, two centuries ago, another Prince of Wales set aside a wife, Caroline of Brunswick — and relentlessly smeared and scorned her in order to force a divorce. At his coronation, in 1820 (he became George IV), she arrived on the steps to claim her crown. Security barred her from entering the ceremony; she died three weeks later (of grief or exhaustion or disappointment or possibly just ordinary pre-modernity illness). During all this time enormous public sympathy, among the middle and artisanal classes, swelled and swelled — to the point that she was functioning as a symbolic rallying point for radical anti-establishment voices like Cobbett. Absurdly enough, no doubt — I doubt she much admired the Jacobins, though the prince’s pet press often laid this charge. Her woeful tale — or lurid versions thereof — was excitedly taken up the nascent yellow press based round Seven Dials…

A little while after Diana’s funeral, the writer Christopher Hitchens made a TV polemic mocking Dianamania. It wasn’t a good programme: for a start, TV never really suited him, he always seemed stiff and anxious and sweaty, and his undeniable gift for a sentence on the page rarely translates — said out loud it could come across orotund and pompous. He didn’t really trust or respect the medium, and inevitably it turned this contempt back on him. I’d always liked him as a writer because he seemed strong on ambiguous subjects, in particular the subtle complexities of the reliably middlebrow — on Larkin’s private politics for example, or on the former leftist and intellectual turncoat Conor Cruise O’Brien. He was never great on popular culture (my personal theory here was that Hitchens always relied on his pal Martin Amis for insight into UK popular culture; Amis being a man whose entire body is made of tin ear). But this — to me, as someone who had admired him — was worse; scornfully simplistic and hectoring and smug in its mockery of the phenomenon of public emotion: a shock and a foreshadowing. Of course, the “stiff upper lip” is a semi-modern invention itself, a device fashioned in dozens of efficiently ghastly schools up and down the land, to firm up the maintenance and management of a vast empire — to demonstrate “our” fitness to govern the world’s chaotic masses. Seriously, there was no stiff upper lip in 17th or 18th century Britain; quite the opposite. And sure enough, four years later, Hitch would accelerate his transition across the political spectrum and gleefully throw himself into the cheerleading for all-out war; a lurch back into empire-think, the self-regard of the idea of a heroically civilised “we” put here in the world to punish the barbarians; to violently force on them the gift of civilisation. This too was an atavism, whatever its more-rational-than-thou demeanour and complacent mansplainy privilege.

All of which is perhaps a way of saying we live in a strange and ancient land — with several peoples and languages and all kinds of subterranean currents and blockages surging through its history and across its terrains. I’m prepared to accept that mass delusions and folk panics are a social fact, and sometimes a scary one, which we should try and sidestep — but I also believe that sat goblinish among them is the idea that we educated moderns at least have made our way out onto the calm cool uplands of reason and sensible ordered life. Of course we haven’t: quite apart from anything else we are all of us still battling family demons; and of course we respond to subterrean historical forces as we would to a book or film: we’re genuinely moved by things that aren’t at all present in our physical lives, which nevertheless have enormous force in our inner landscapes. In the 1930s, when the civilised European space as he saw it was threatened by the rise of fascism, T.H.White wrote The Sword in the Stone, a book about the soon-to-be King Arthur being trained in anachronistic democratic theory by Merlin, a wizard who lived backwards through time; White based much of his story on a romance written by one Thomas Malory, in the last ghastly decades of the Wars of the Roses. The fragile just and chivalrous space that Malory imagined Arthur creating was called Camelot; it would be shattered in later books by Arthur’s vengeful bastard son Mordred forcing a legalistic war with Arthur’s best friend, Lancelot. White doesn’t call this land England or Albion or Britain: he calls it Gramarye (as in “Merlin’s Isle of Gramarye”, from the last verse of Kipling’s poem “Puck’s Song”). Gramarye is a strange old english word which has given us the modern words grammar and grimoire (meaning a texbook of magic) and — of course, bringing it all back to Diana — GLAMOUR. White’s books would be gathered in 1958 into a single volume, called The Once and Future King; the fourth book, bleak and poetic and never published separately, in which Arthur dies and Camelot falls and Malory steps into view, is called The Candle in the Wind.